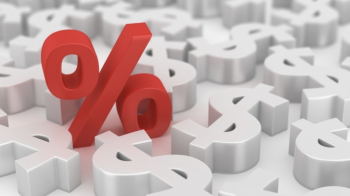 On April 13th, for the second time this year, the bank of Canada raised interest rates. Typically rates change in 0.25% increments, but the April 13th increase was a 0.5% jump. This brings the base rate to 1%, which is the highest it’s been since the beginning of the pandemic. The bank of Canada has revealed their intent is to get the base interest rate to somewhere between 2-3%.

This has already had a major impact on mortgage rates. Many lenders are expecting rates to continue to climb and don’t want people locking into long 5 year terms at current rates, when they know they can likely earn higher rates in coming months and years. So even though we’ve only seen a base rate increase of 0.75% this year, many lenders have increased fixed rated mortgages by 1-2%.

It’s still very early to calculate the effects on the housing market, but early indicators are showing the real estate market slowing slightly. I haven’t noticed a decrease in prices on single family homes on Vancouver island, but I’m also seeing less aggressive bidding wars. Many houses are still selling over asking, but some are now sitting on the market for a period of time and I’ve even seen the odd asking price reduction.

What does this mean and where are we headed? I’d be wasting my time to try to predict the future and I’d be a fool to base my investment strategies on my predictions of where the market is headed.

Interest rates could continue to climb and mortgages could come back to the 5-6% rates we saw in 2008. This could cause people’s variable rate mortgage payments to double. Anyone renewing their mortgages could feel the same effect. Lines of credit and home equity loans would also be drastically effected. With how heavily people are mortgaged and leveraged, we could see record breaking foreclosures and bankruptcies. But ask yourself, is that what the banks want? Is that what the government of Canada wants? The government and Bank of Canada has spent the last two years slashing interest rates and printing money to prevent an economic collapse. Why would they then increase rates and cut subsidies to crash the economy?

I believe the government and Bank of Canada has a very challenging task of stopping the excessive inflation they’ve caused, while preventing a major recession. It’s going to be very hard to balance those two things. We’re either going to see inflation continue, but to a lesser degree, or we’re going to see a slight recession.

One of my favourite things about investing in real estate is the fact that very little of this matters. Will the market see a 5-10% correction? Maybe. Will it keep climbing? Maybe. It doesn’t really matter if you buy for cashflow. If you’re dependant on your real estate investment to increase in value in order to generate a profit, you’re at the mercy of the market. Timing the market is everything when you depend on appreciation. That’s speculation. Personally, I’m not interested in leaving my investment strategy to the mercy of an impossible to predict economy. My properties generate cashflow and pay down debt. That’s a calculated return regardless of where the market is headed. If the market goes up, bonus. If it goes down, I don’t care. The cashflow and debt pay down enables me to continue to generate a profit and hold the property until the market comes back.

My advice in a market that could go up, down or sideways at any point in time? Stop trying to figure out where the market might be headed. Buy for cashflow and wait. Even people that bought at the very top of the market 10 years ago are glad they did, even if the market crashed the day after they bought. They’re still leaps and bounds ahead of everyone that sat on the fence waiting for the perfect market. Every month you’re not in the market, you’ll be missing out on precious cashflow and debt pay down. It’s all about time in the market, not timing the market. We’re programmed to think with a loss aversion mindset that prevents us from taking risks. What we often fail to realize is the cost of not taking action. Stop asking how much value your might lose if prices come down and ask yourself how much money you’re not going to make in the coming months and years from cashflow and debt pay down if you decide to sit on the fence.