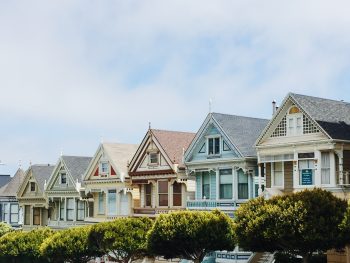 We saw a substantial swing in the real estate market in 2022.

2022 started off the way 2021 ended, with a very hot market, quickly rising prices and fierce competition between buyers bidding on very limited inventory.

That quickly changed as the Bank Of Canada started increasing interest rates in an attempt to curb excessive inflation. Because the BoC was in denial about the state of inflation for so long inflation got out of control. The only tool at their disposal to curb inflation is raising interest rates. The BoC raised interest rates starting in March and continued to increase them faster than ever before in history.

With average mortgage rates getting pushed from about 2% at the beginning of the year to about 6% by the end of the year, the amount of money that people could afford to borrow was drastically reduced. That had a drastic effect on what people could afford to pay for a home and as a result we saw housing prices drop about 15-20% from the peak of 2022.

Eager buyers with high borrowing power turned into cautious skeptics that couldn’t afford their dream home anymore and decided to sit on the sidelines to watch what happens. A market that drastically favoured sellers was now a motivated sellers worst nightmare. The buyers were burnt out and no longer caught up in the “fear of missing out” of the hot market.

So where are now?

With property prices down 15-20% and motivated sellers willing to negotiate even further discounts, there’s the potential of scooping up some great deals. The competition from other buyers is a fraction of what it was which means that sellers will either have to make a deal with you, or risk not selling their house at all. It is worth noting however that many sellers aren’t motivated to sell and will simply choose to not sell their home. The most motivated sellers will present the greatest opportunities.

We are heading into a recession, if we aren’t already in one. Unfortunately the majority of our economic indicators are “lag” indicators. So just like the BoC being about a year behind spotting excessive inflation, they are also way behind the curve recognizing the recession. Real estate is typically viewed as a “lead” indicator. The real estate market corrects more quickly than other economic indicators. We’ve seen real estate prices drop 15-20%. We’ve seen buyers back out of the market. Real estate is clearly in a recession, the rest of the economy will likely follow.

So what comes next?

Look back over the history of any recession. In order to stimulate the economy the central banks lower interest rates. In my opinion, the BoC as well as other countries financial regulators, have raised interest rates far too high far too fast. It can take many months or even years for interest rate adjustments to take full effect and yet financial regulators are expecting immediate results from rate hikes. We’ve experienced the fastest increase in history and yet we haven’t felt the full effects yet. By the time we do feel the full effects, it’ll be too late and we will be in full recession, forcing quick and harsh rate slashes.

We’ve entered a time of opportunity. We already have properties discounted up to 20%. We have sellers willing to offer further discounts. We have the bulk of buyer competition sitting on the side lines. The icing on the cake will be the drop in interest rates. When will that happen? Some predict by the middle of 2023, some say not until early 2024. I personally think it’s coming sooner rather than later, but it depends how slow the BoC is to react.

The opportunity to act might be narrow. Once the general public shifts from fearful to greedy, you’ll be just one more buyer scrambling to get your hands on whatever’s left. One tactic might be to start hunting for deals now, buy using a variable rate mortgage and as interest rates drop you’ll get to have your cake and eat it too. Just remember to lock in the variable rate mortgage when rates become reasonable again!